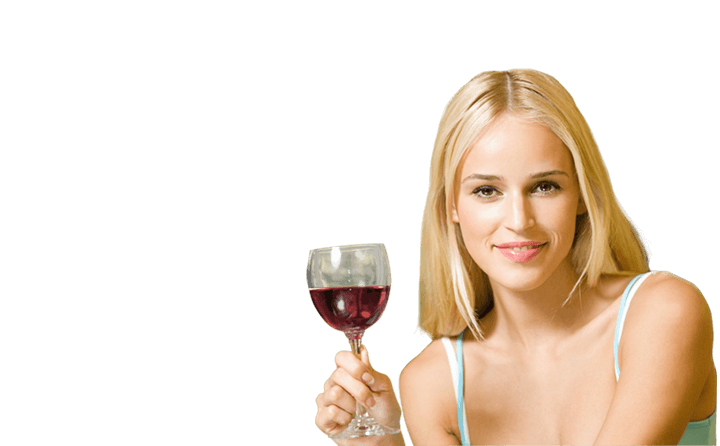 It is our desire to unlock the secrets of our land and proud to show our wines to the rest of the world. 100 years in Argentinian viticulture, 4 family generations. Discover and enjoy on first-hand the secrets of everything related with Catena Zapata. Its wines, its wineries, its history, its passion for this fantastic drink called Wine. A day for total delight, a tour of the best Argentine wines, a tour of the family that took Argentine wines to the world !!! Join Catena’s World and become a Catena Ambassador.

This High-End Tour is designed to encounter, taste and enjoy the best wines of our land. We propose to live this experience in small groups of no more than 10 people, composed by wine travelers who share the same interest in this fascinating drink. 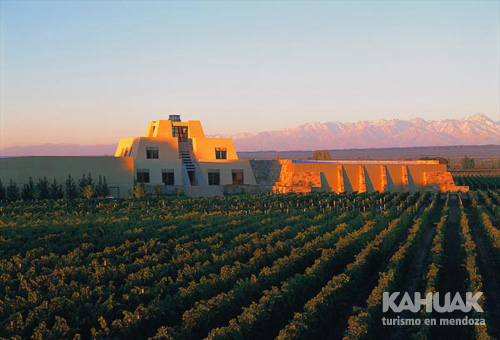 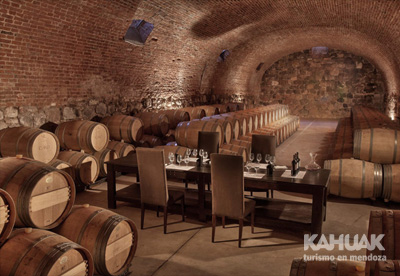 
A partnership between Domaines Barons de Rothschild (Lafite) and the Catena family. The excitement around it quickly reflected in a project: make a single wine from the union of two cultures (French and Argentinian) and two vines (Malbec and Cabernet Sauvignon).


Bodegas CARO is located in the heart of Mendoza, in a completely renovated cellar that date’s from late 1800s. The cellar is the project's master axis and keeps wines since 2003. Since the beginning, the aim of the winery has been to select the best terroirs to magnify the marriage between Malbec and Cabernet Sauvignon.

Since Don Nicola arrived from Marche, Italy in late 1900 it's been just over a century. Since that first vine so far, there has been 4 generations who dedicated themselves to produce wines. But the third, with Nicolas Catena Zapata was the one that made them take a leap of quality Argentine wine and brought them to compete and win to even the best European wines. That dream come true is continued by Laura, the daughter of Don Nicolas.


Today Catena Zapata is among the best wines in the world.


Nicola Catena was convinced he had found the promised land in Mendoza, where he planted his first Malbec vineyard in 1902. In 1934 Domingo Catena, his eldest son, married Angelica Zapata and made himself his father’s dream, taking the family business’ leadership. That was the beginning of Catena Zapata’s winemaking tradition.


The son of Don Domingo, Nicolás Catena, joined the company in late 1960.


In 1982 he decided to spend some time in California.


Nicolás returned to Mendoza with a vision in mind. It sold table wine winery, maintaining Bodegas Esmeralda only, the fine wine cellar family. He decided to change everything about the way of making wine in Argentina and viticulture. He found that in the highest heights of Mendoza a distinctive and deep wine could be produced. Laura was his daughter who persuaded him to put their best efforts to increase the quality of Malbec. Thus, in the 80s, Nicolás was dedicated to identify the best areas for planting vineyards in Mendoza.

Nicolás then decided to develop its own clonal selection of Malbec. The five best clones were selected and planted them in different microclimates, at different altitudes. The results were more convincing in 2003, when the best Malbec came from the vineyard located in La Consulta, where they had planted these five clones in different rows. 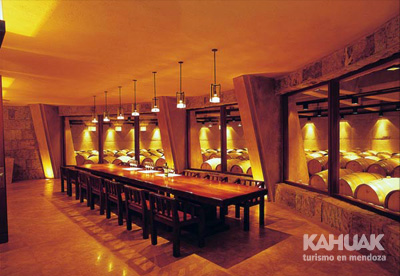 From 2009 until today, the winery Catena Zapata received an avalanche of awards and prizes for its wines which were consolidated from its exceptional quality and beat even the European wines.


"Today we proved that our wines are not only rich and complex, have also shown that they can be aged as well as the great European wines" said Laura Catena, president and continuation of the family tradition of producing wines of the highest quality… quality that gets better every day.


Through Catena's World we are entering the history of Catena Zapata family, tasting their wines "Angelica Zapata" in its emblematic pyramid winery.

Casa El Enemigo is inspired by Alejandro Vigil’s childhood with his grandfather, searching the simplicity for its present, and chosen as the temple where they sit and dream of the future. Cultivator of the day to day, open the game and aims to share the happiness that gives you the “daily thing” from the comfort of his home. "The idea is to follow the project just being home," says Alejandro (Principal Catena Zapata's Winemaker).

*It is possible to upgrade to other lines of wine paying extra at the time.

Check the availability and cost of this tour, if you like, you can make your reservation online! What days are you going to be in Mendoza? 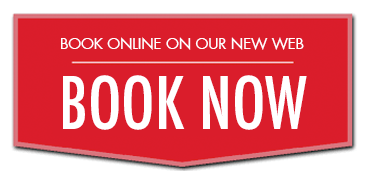